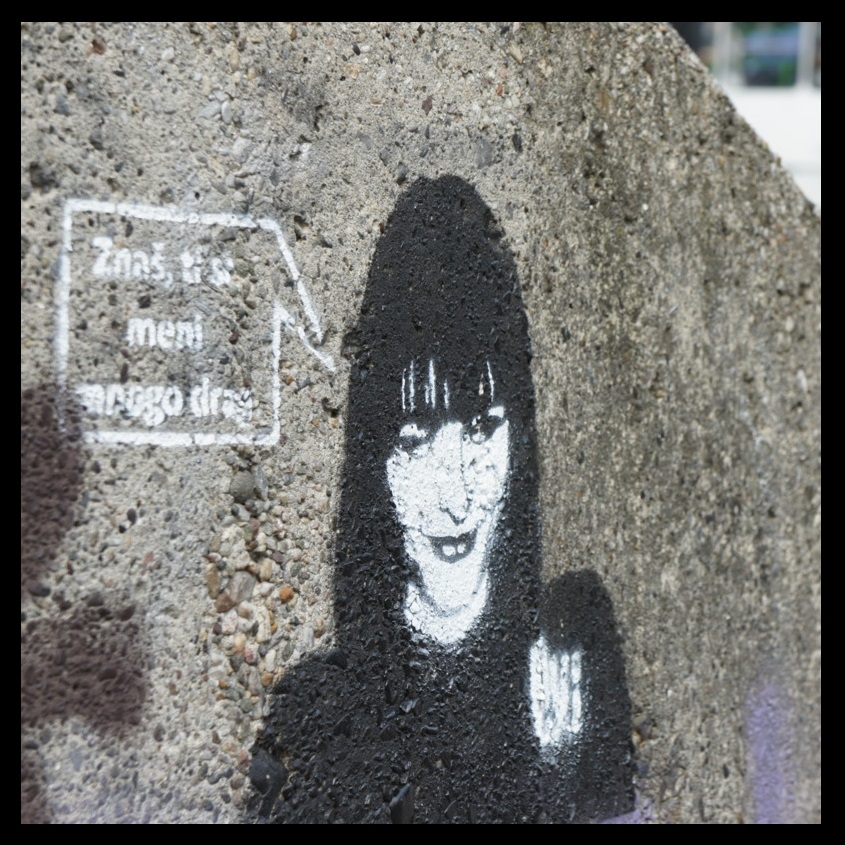 Dunja Cvjetićanin was born in Yugoslavia in 1989 and moved to Australia with her family as a baby.  She wrote this piece of memoir in 2011, two months into her seven-month sojourn in Belgrade, Serbia.  The trip would prove to be a very interesting one, revealing things to Dunja about her relationship to her country of origin.  It also forced her to reflect on – and revisit – some of the assumptions she held about her sojourn, going in.

Dunja is one of the Founding Co-editors of be:longing and enjoys interacting with others who feel a similar connection to other places and cultures as she does.  This piece originally appeared in a modified format on Dunja’s travel blog in August 2011.

Today marks my 53rd day in Belgrade.  I can barely believe that 53 days have already passed since I arrived here on that midsummer’s day back in July, but it’s true.  My parents are back in Australia after visiting us in July, my brother and I have well and truly settled into our new apartment near Tašmajdan Park, and my two-month work contract in New Belgrade is nearing its end.  And yet I feel like I only just got here yesterday.  So interesting how time passes, isn’t it?

Today is no more or less special than yesterday was, nor than tomorrow will be I suppose, but having been here 53 days now, I’ve started to realise some things about my time in Belgrade – about what I’m doing here, what I’m getting out of it, and, most interestingly, what I’m losing as a result of it.

I was thinking about that third bit last night.  What I have lost, or am in the process of losing, by being here in Belgrade this year?  It’s not just time – not just a semester at uni or six months of my youth spent away from my closest friends.  It’s other things.  Immeasurable things.  Indescribable things.  Important things.

By being here in Belgrade, I’m losing the magic of its mystery.

I was born in Yugoslavia, but when I was eight months old, my family and I moved to Australia.  I obviously don’t remember those first eight months spent living in the Balkans, but my family and I would come back to Yugoslavia / Serbia for occasional holidays over the next twenty years, and I have the most wonderful, hazy memories of those times.  When we’d go back to visit, we’d usually go for no more than a month, but those months would be so full of happenings and meetings that we seemed to fit almost a year of time into each of them.  We’d visit relatives (that mysterious kind of people we had so few of in Australia), we’d go sight-seeing, eat out, joke around with cousins (who loved us I guess because you have to love your cousins, right?), we’d play basketball, and just generally share happy moments together.

With parents or without, there was always something magical about those returns to my birthland.  Every day was relaxed and happy.  Every evening was spent slowly wandering the streets, eating ice-cream and popcorn and sunflower seeds from street vendors.  Every week brought a new interaction, a new experience, forging a new, hazy connection between me and my elusive homeland.  And this magical effect would just grow and grow even when I was back in Australia, when my family and I would reminisce about our travels over breakfast, lunch, dinner.  Each time we returned to Australia, it was as if we were just waiting to get back to Serbia.

Naturally, I was always intrigued to see how life – not just holidays – would be here.  Could Belgrade be just as awesome all year round, or was it only like that during July?  53 days here have somewhat answered that question for me.  I’m now pretty familiar with aspects of this city that used to exist only in my dim, hazy memories.  Sports hall Hala Pionir is no longer just that cool, random place we went to watch a junior basketball game back in 2005 – it’s down the street and 300 metres to the right.  I know how to get to Trg Republike (the main square in the centre of the city), Tašmajdan Park, Hram Svetog Save, Kalemegdan (the park around the old fortress) and so on, and even which trams/buses will get me there.

I’m not saying that it’s a bad thing that I know these things now.  There’s nothing wrong with knowing them per se.  But that’s not what I’m talking about.  I guess the root of my concern is that I came here at all.  By deciding to spend seven months here to “get to know Serbia” – by wanting to “be like a local here” – I unknowingly took away the magic of the place from myself.  Never again is Belgrade just going to be that awesome place I visited sort of regularly but knew only snippets about.  Never again is it going to exist so hazily in my memory like it used to.  And since Serbia has always held a special place in my heart, it feels like an especially tragic loss.

Am I overreacting in this feeling?  Am I maybe just homesick?  Transitioning to life in a new country?  Doesn’t everyone feel like this when they move somewhere new?  Maybe so, but I can’t help but feel a sort of “falling of the happy” from living here (to use my friend Marissa’s excellent phrase).  I’ve experienced a falling of the happy with this place – a lifting of the veil.  I guess there’s no going back now.

The strange thing is, I still absolutely think that Serbia and Belgrade and my birth town, Sombor, are cool.  I like them, and I’m enjoying my time here.  I’m even looking forward to the next few months.  I’ll be here until I have to start university back in Canberra again next year.  I guess these places have just lost that…  yeah, that magic to them.  There’s no other way to see it, I think.  That pleasant, rose-coloured, dream-like quality they used to have for me is gone now, and I kind of regret it.

Did I really need to come here and live “normal life” here like this?  Did I need to explore it in this way?  Why couldn’t I have been content with basking in that hazy, lazy memory of it?  Summer holidays and easy times and friends and family aplenty.

Of course, I had no idea that this was going to happen when I decided to come here, and even if I had suspected it would happen, I’d probably have come anyway…  There was something about those memories that was just too strong, too lovely, too beautiful, too fun to ignore.  Too evocative.  Too tempting.

But what do I do with them now?