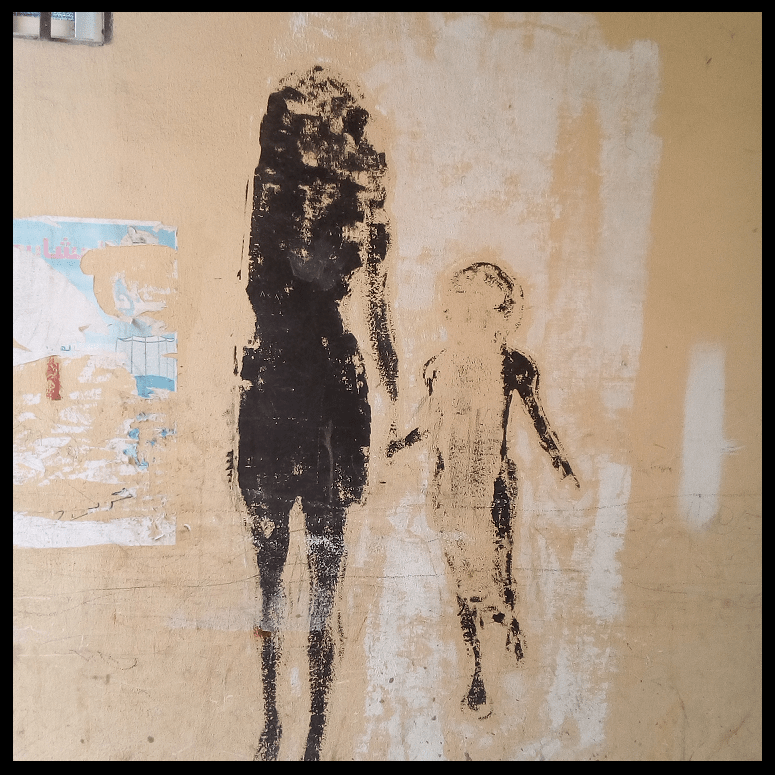 This piece is the second in be:longing‘s cross-cultural health series, which aims to explore health and health-related topics in cross-cultural contexts.  Today, we bring you an interview with Jasmine Soukieh.

Jasmine is a Canberra-born and raised Lebanese-Australian, currently spending her days between New Zealand, Lebanon and Australia while she pursues a doctorate in nutritional sciences.  She is one of the Founding Co-editors of be:longing.

Jasmine is currently completing her research at Massey University.  In her work, she explores strategies for optimising dietary iron adequacy for adolescent refugees in long-term camps.

What considerations did you make for communicating health topics in a cross-cultural space while you were setting up your PhD project?

At the beginning of my planning, my primary consideration was a linguistic one: I was conscious of resolving the English-Arabic language barrier, first and foremost.  I had planned for my fieldwork to take place in a long-term refugee camp in Lebanon that was home to Palestinian and Syrian refugees, and I would be working with Palestinian refugees predominantly.  I was aware that Arabic was a language with so many dialects, and I wanted to be familiar with as many as possible to ensure that my participants felt comfortable during our discussions.

While I had majored in Arabic during my undergraduate degree, I knew that the Modern-Standard Arabic (MSA) I’d learned was not at all what was spoken day-to-day in any of these Arabic-speaking communities.  I also had some experience with one Levantine dialect (Lebanese), but there are dialect-dependent differences across Levantine dialects, too, so I knew that I was bound to come across these at the camp.  The dialect diversity went hand-in-hand with the cultural diversity across and within Lebanese, Palestinian and Syrian communities; and becoming acquainted with major features of the health, food and nutrition landscapes of each of these settings then became an important secondary consideration during my planning.

How did you position yourself when communicating within this cross-cultural space?

I found myself to be in an interesting position when I actually touched down in Lebanon to begin this work, and even more so when I started visiting the camp.  Initially, I didn’t know where I would be positioned culturally in relation to the community I was hoping to work with.  I’m a Lebanese-Australian.  I grew up in Australia; and before my fieldwork, I had spent very little time in Lebanon.  Our household had always been a microcosm of “Lebanese-ness”, but always mixed in with “Australian-ness”, with Lebanese-Arabic woven into my mostly-English stockpile of phrases about food, family and community.

Going in, I didn’t fully comprehend that each of the cultural elements layered in me would significantly influence the way I was perceived when I was discussing my research at the camp.  I found that each part of me – Australian-born Lebanese; Lebanese with limited time spent in Lebanon; Lebanese-Australian conducting fieldwork with a Palestinian community that is persistently denied a range of rights by the Lebanese government; and a doctoral student coming over with the support of a university in New Zealand – when discovered, made a difference to whether rapport could be built easily or with a lot of effort.  These elements impacted on the level of comfort certain organisations felt in becoming involved with the research, and the degree to which participants were comfortable sharing their responses to sensitive questions that came up over the course of our interview sessions.  For the most part, though, the cultural mix was a real asset during my fieldwork.  It gave me the chance to communicate without many assumptions being made about my background and what that might mean for my knowledge of the topics we were covering.

Were there any barriers that arose when conducting interviews with your participants in this cross-cultural space?

Again, the language barrier was the key difficulty that arose.  In order to address this, I worked to gain as much exposure as I could to Palestinian, Lebanese and Syrian Arabic and to the cultural diversity of the communities that spoke them.  I focused on topics I would likely be discussing over the course of my fieldwork (e.g. iron health, adolescent nutrition and food preparation), looked for non-MSA as much as possible and explored a range of media (e.g. radio broadcasts, talk-show health messaging and YouTube cooking tutorials).

While this all helped in terms of my comprehension of the range of Arabic dialects spoken to me at the camp, I did continue to find it difficult to communicate with any real flexibility when it came my turn to speak.  Luckily, I was able to secure the help of a friend in Lebanon for the first wave of interviews.  I listened carefully to the ways he phrased and re-phrased particular questions during our data collection sessions.  I noted the diversity of expressions and accents interview-by-interview and spoke more and more in each one until, after a short time, I could carry off the interviews solo.  I was also deeply grateful to my participants, who made generous efforts to accommodate the limitations of my Arabic-speaking.  Genuine collaboration underpinned our conversations, and their patience and kindness throughout our sessions meant that deeper understanding and compassion came out of the linguistic and cultural diversity, and not unassailable barriers.

What is your overall reflection on the way communication was achieved throughout your research project?

So far, I think that communication has been achieved pretty well under some challenging circumstances.  The field experience showed me that working in a cross-cultural space, while quite intense, offers a chance for engagement that can foster an atmosphere of co-operation and reciprocity between a researcher and her participants, rather than perpetuating a dynamic where the researcher holds undue sole authority in the study setting.  I was surprised and relieved by this during my time at the camp, and I remain incredibly thankful to all the people I worked with in this community for their collaboration with me on the research.

My project is ongoing, so linguistic challenges arise in the post-fieldwork stages, too.  I’m working with data that are an Arabic-English hybrid, as I took notes in both languages.  My interview data are in the Arabic dialects of the camp.  Once I’ve analysed all this, I’ll need to present it in English-language research papers and, hopefully, a doctoral thesis.  Something I’m looking forward to producing, too, is a nutrition education resource for the community I worked with, along with a report on my major research findings for health organisations that took an interest in my research while I was at the camp.  I hope that this will all contribute something that can be used by this Palestinian community in its continued resistance against increased health vulnerabilities produced through generations of exclusion and discrimination.