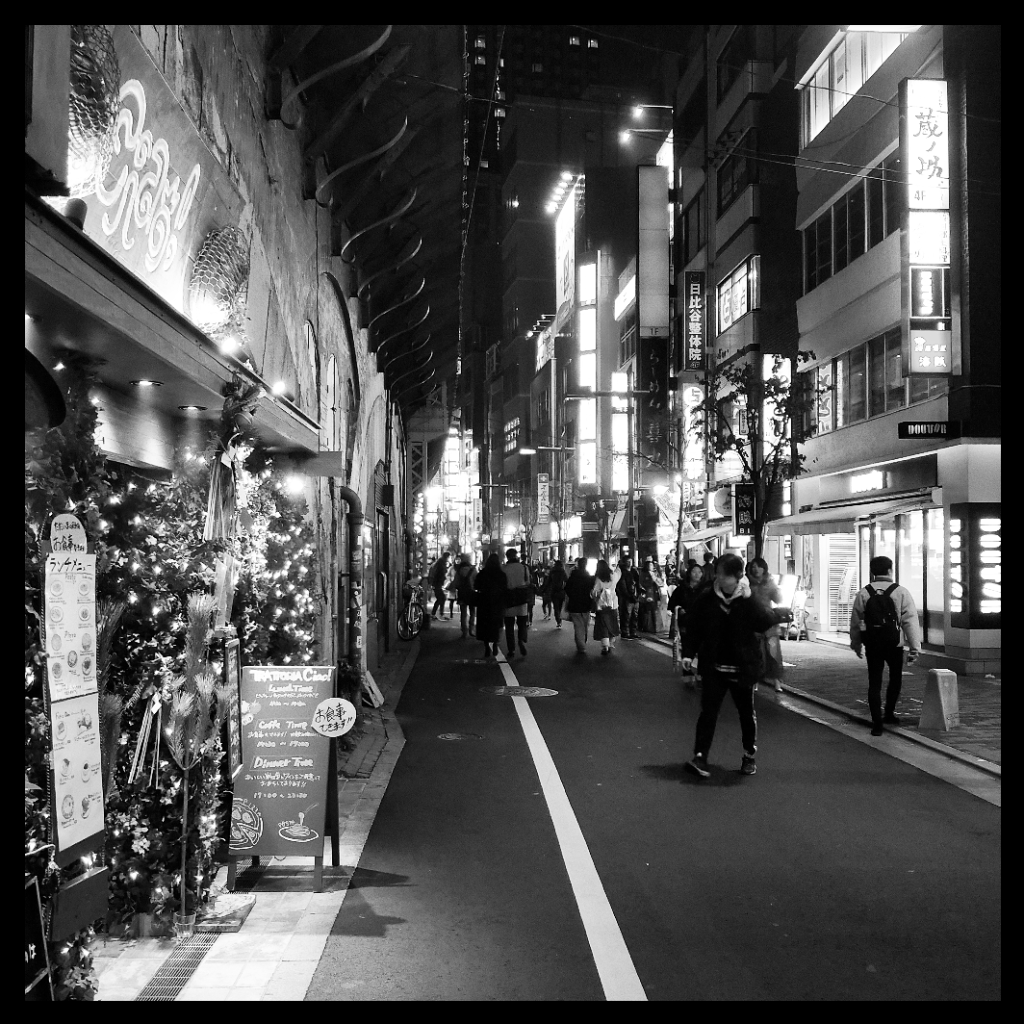 Dunja Kaczmarek was born in Yugoslavia in 1989 and moved to Australia with her family as a baby.  Dunja is one of the Founding Co-Editors-in-Chief of be:longing and enjoys interacting with others who feel similar connections to other places and cultures as she does.

Over December 2019 and January 2020, my husband Mateusz and I travelled overseas on our honeymoon.  This was just prior to the global onslaught of COVID-19, which, for Australians like us at least, has made overseas travel like that nigh-on impossible ever since.  This fact, and the craziness of the global pandemic itself, makes the below interactions even more special today than they were back in December/January.  And they were really special then.

The stories below aren’t mine, really.  They belong to the two individuals at their centre.  In retelling them, I have inevitably inserted some of my own perspectives into them, and so I encourage any readers to take them with a grain of salt.  But I found my interactions with these individuals just so… striking, and beautiful, and pure, and somewhat sad, in the way that interactions between migrants sometimes are.  There was a palpable sense of connection between us, occurring within just a moment or two, which again happens so specially amongst migrants, no matter where we find ourselves in the world.  And so I felt that I just had to write them down, and retell them now.  I hope I have done them justice. 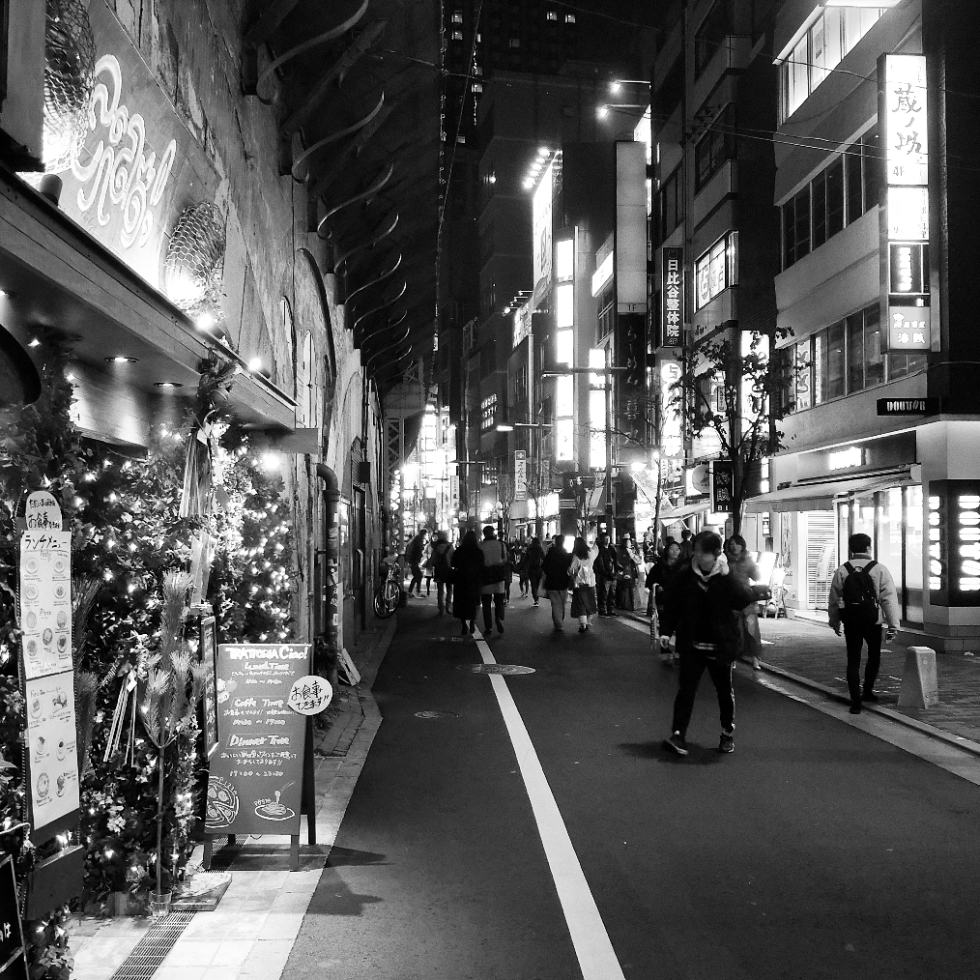 Mateusz and I sat down at a table, and the first thing I noticed was that this was an Italian restaurant, and not a French one like I’d assumed from the name.  When the waiter arrived at our table, I asked whether he – with a very Italian look about him – was himself Italian.  He said yes and introduced himself as Massimo.  We immediately got to talking – in Italian.  I loved in that moment that I knew Italian, and that I was using it for the first time in several years, here, in the middle of Tokyo.  He was clearly pleased to be able to speak Italian too, and asked if I was Italian myself.  I said no – Serbian.

I asked him whether the “veal cutlet” on the menu was like a cotoletta milanese.  He said it was.  Not as good as back home, but not bad.  “They do an okay job.”  I told him I’d studied there – in Italy.  In Milan.  Almost nine years ago now.

I ordered the spaghetti bolognese and Matt considered the veal while Massimo told me about his childhood friend.  This friend was a Frenchman who had lived in Serbia in the 1980s and 90s and had gone to high school and even started university there.  Massimo had been shocked to hear I was Serbian when he had asked.  He brought up the story of his friend because he couldn’t believe the coincidence.  His childhood friend, who had grown up in Serbia, calls him up out of the blue for the first time in 15 years some five days ago, and now he meets a Serb in the middle of Tokyo.  What are the chances.

We switch from Italian to English to bring Matt into the conversation, and then Massimo tells us what his French friend told him – how he was feeling so lost.  He felt so Serbian, this friend – spoke the language, loved the culture, felt like part of the country.  And then the wars started, and he just left; packed up and departed the country with his parents overnight, cutting off his Serbian side just like that.  And now, 25 years on, he still felt lost because of it.  My mind started imagining it.  It warmed me, in a bittersweet kind of way, to think that there was a Frenchman out there, somewhere in the world, feeling lost because he’d had to leave Serbia some two decades ago, just when he had started university, as a teenager.

Suddenly, Massimo’s face became serious and, switching from the story about his friend, he said something to us that it seemed to me like he had been holding inside of himself for a while.

“You know, I’ve lived here in Tokyo for 20 years.  My wife is Japanese, our son was born here and feels Japanese, and I speak the language fluently.  But do you know why I always flock to fellow foreigners, like you two?  Because we’re the same.  We understand each other.  We’re global; curious.  We want to see new cultures and experience different parts of the world.  But I have to admit.  Sometimes I miss being back home.  Around people who are more like me.”

There was a pause.  Then the easy smile Massimo had welcomed us with returned to his face, and we smiled back.  Matt chose the veal.  A little while later, we enjoyed a really delicious Italian meal on one of our last days in Japan. 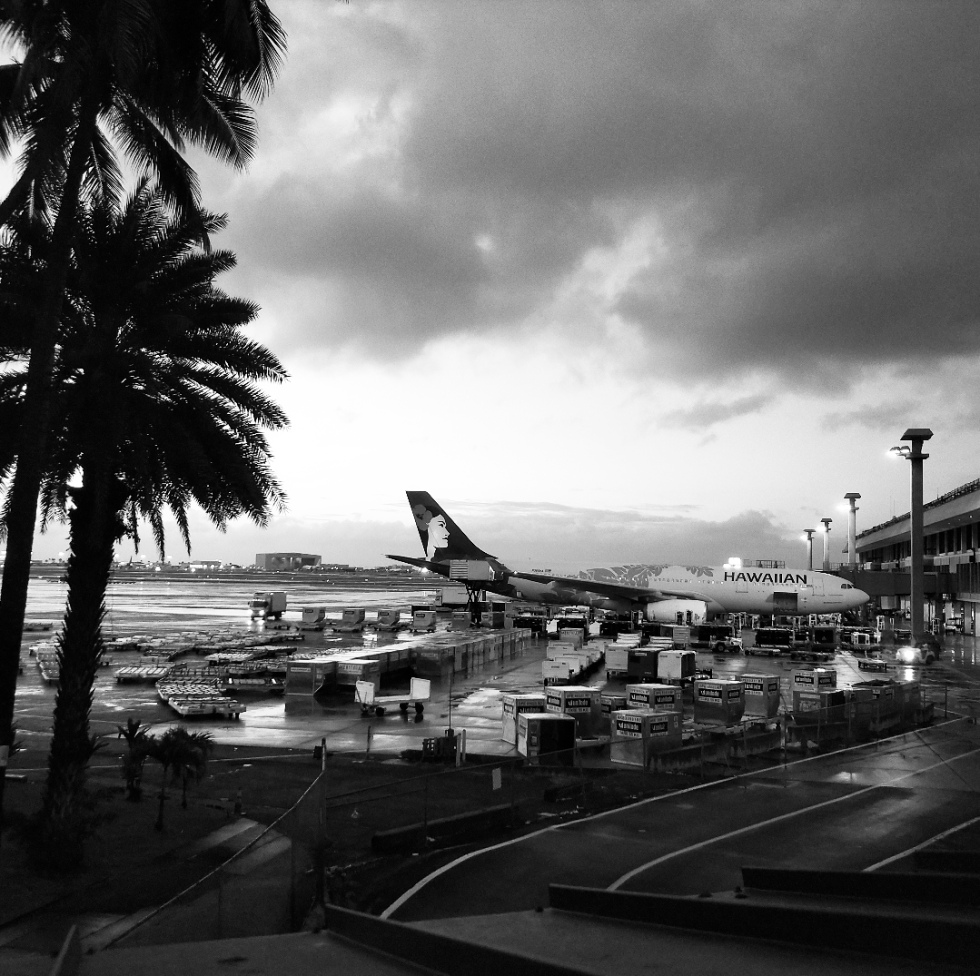 Sangik picked us up from the cinema after we had left Waikiki for the evening to watch the new Jumanji movie in downtown Honolulu.  After helping us into his mini-van, sliding the doors open for us both, he got into the driver’s seat and started driving.  We didn’t talk at the beginning.  I had used an American accent to say “Good evening” (not that there’s a big difference between American and Australian English on that phrase), and then we all just sat in silence for the first few streets.

Three or four minutes in, Sangik asked me if my name was Asian.  “Dun-ja.”  He pronounced it with a hard j, like in Jumanji.  I guessed he had seen it when he had received the Uber request.  I said no – Serbian – and pronounced it with the softer j of Björk that it was always intended to have.  He said it was the first time he had ever met anyone from Serbia.  We chuckled.

Then I asked him where he was from.  He said Korea.  I asked him if Dun-ja was a Korean name – is that why he was asking?  He said that Dun-ya wasn’t, but Dun-ja could be.  He said ja is like go in Japanese.  That it means the sun and is a very romantic thing to add to a name.  Romantic, poetic – something like that.  Go, ja.  I had never once liked the hard-j pronunciation of my name, but all of a sudden I softened to it.

I asked him if he’d been back recently – to Korea.  He said he went last year, but things had changed.  He asked me if things were better in Serbia now, than before.  I said I wasn’t sure, but I hoped they were.  He said things were better in Korea now; better than they’d been when he had left.  He said people had had to work so hard there before.  But now it was different.  Korea was a leader in the region; had shown many places in the region how to do things.  But now those places were leading Korea.  So things were changing again.

Then he said he was different now.  Different from people back in Korea, but different from everyone in the US, too.  “It’s been 40 years, and still I can’t adjust to life here.  I’m still so different.  And I still work hard here now.  But now I drive an Uber.  So maybe it’s better.  More comfortable.”

Then he told us about his kids.  “Born here, went to school here, then left for college.”  On the mainland.  And jobs on the mainland too.  New York and Georgia.  A few years ago, he got 10 days of vacation together and went to visit them – a 12-hour flight.

His daughter had gone to Cornell and now worked at a hospital as an OB-GYN.  He said that by spelling out the letters – O-B-G-Y-N.  I said he must be proud.  He said he was.  He said his son went to college for three years, then changed degrees and ended up finishing in five.  And then he went to university.  Now it’s been eight years.  He tells everyone he’s proud of his kids, but they never come visit.  “Lives, jobs on the mainland.”

We arrived at our hotel then.  Opening the sliding doors again, he thanked us, and we thanked him.  Before he got back into the driver’s seat, I was suddenly grateful to have learned a phrase in Korean back in 2006, on the day when the Korean teacher had reliefed for our Italian class at Narrabundah College.  I was in Year 11 then.  13 years ago.  Annyeonghi kaseyo.  I was pretty sure it meant ‘goodbye’, so I said it to Sangik.  He exclaimed and looked up at my face in surprise, saying it back to me, and we smiled at each other.  Then he slid the door shut, and left.